The Martin was designed to seamlessly invite prospects into the lively ecosystem of the Dogpatch District in San Francisco. Named after the Martin Brothers Shipping Company, a former occupant of the project site, The Martin offers 92 luxury apartments with unobstructed San Francisco Bay views, waterfront access, and close proximity to one of the nation’s strongest job markets—downtown San Francisco.

The goal was to create a singular brand image representing the unique offerings of One Boynton for its target demographic of professional singles/couples aged late 20s to early 40s.

Paradise Found. One Boynton is a fresh take on luxury with an undeniably exclusive feel. A place where the amenities are not only upscale, but mere steps from the front door of our collection of contemporary units. A place where comfortable living is ingrained in every detail, as if it was made just for you. And that’s the best part: it was. One Boynton is a community built to foster the lives of those who truly cherish living—who know that life can’t be crafted with a cookie-cutter. This is home the way you’ve always envisioned it. This is your Paradise Found.

“Paradise Found” introduces a crisp white and black palette with a stripe element pulled from the property’s black and white cabana styled umbrellas found around the pool. We wanted the brand to reflect the modern living lifestyle the newly renovated apartment homes created, so lines and patterns were introduced that directly correlated back to the property’s interior and exterior finishes. 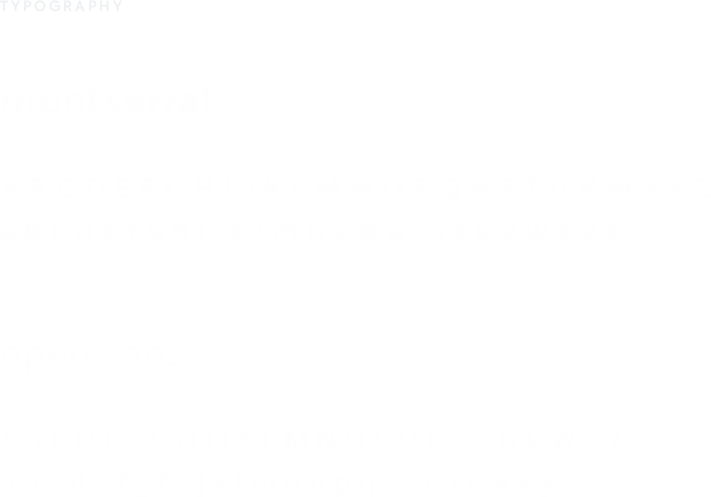 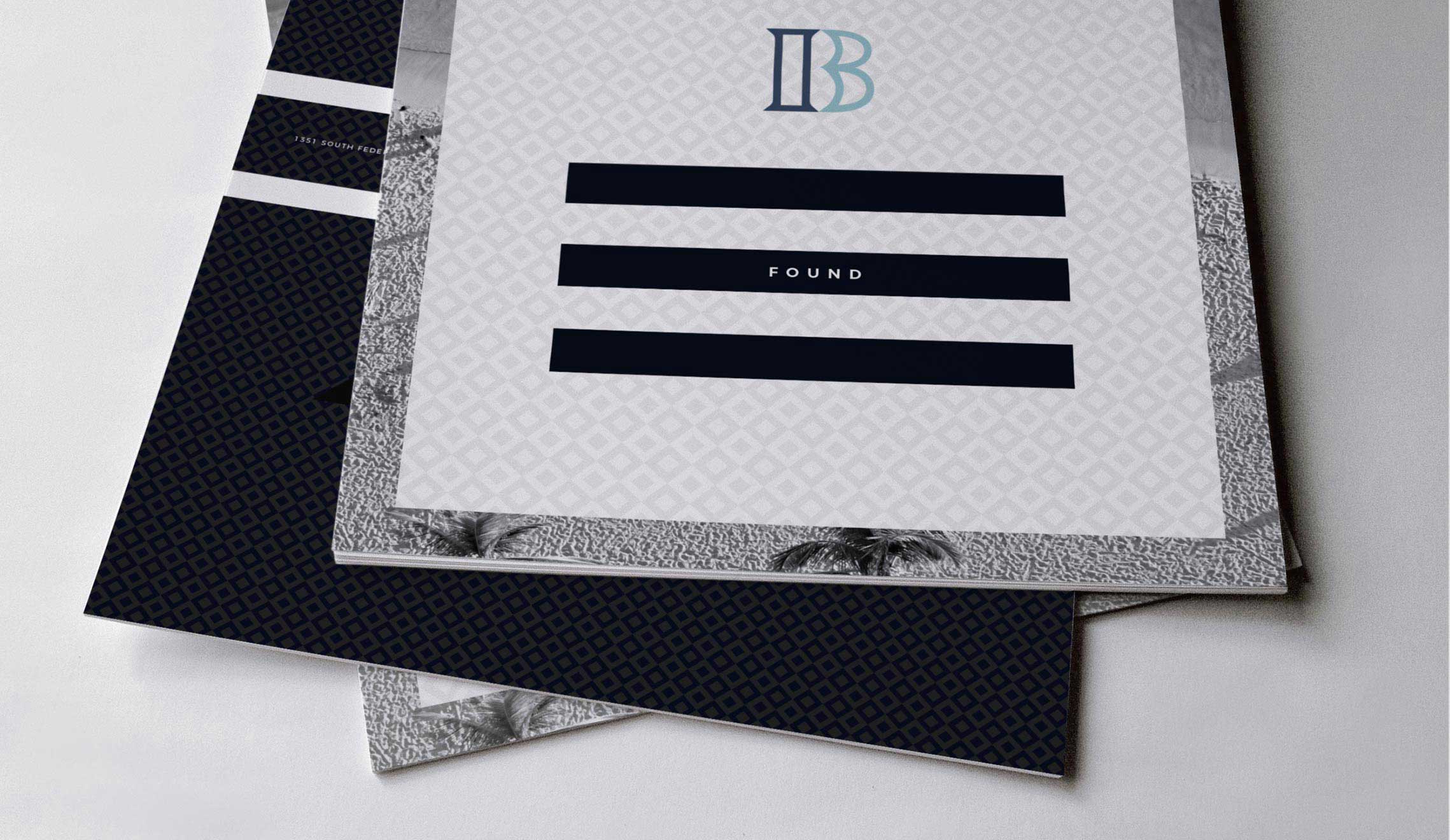 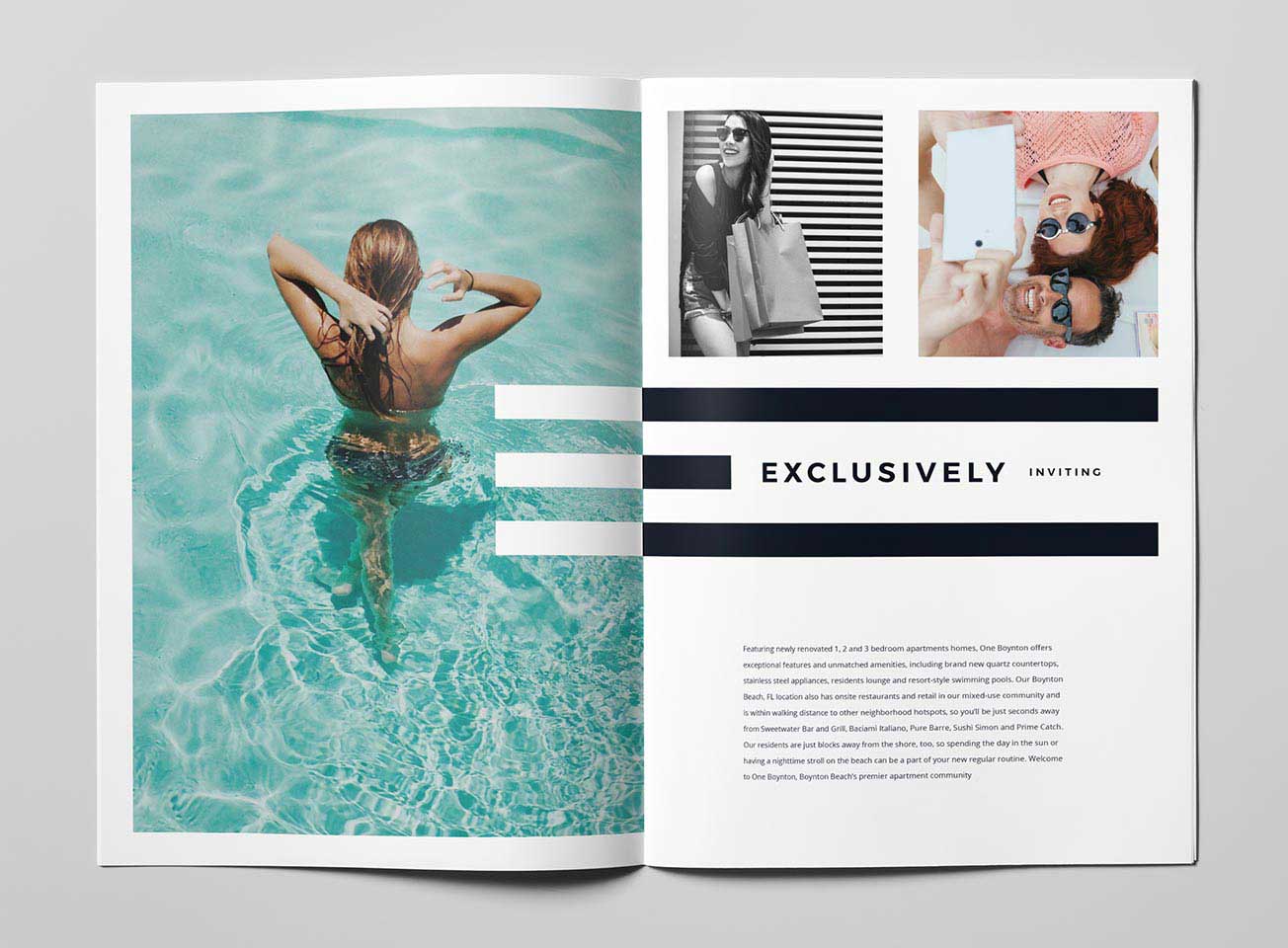 Three stripes carry the brand across all mediums and creates clean lines to separate white space and supporting imagery. 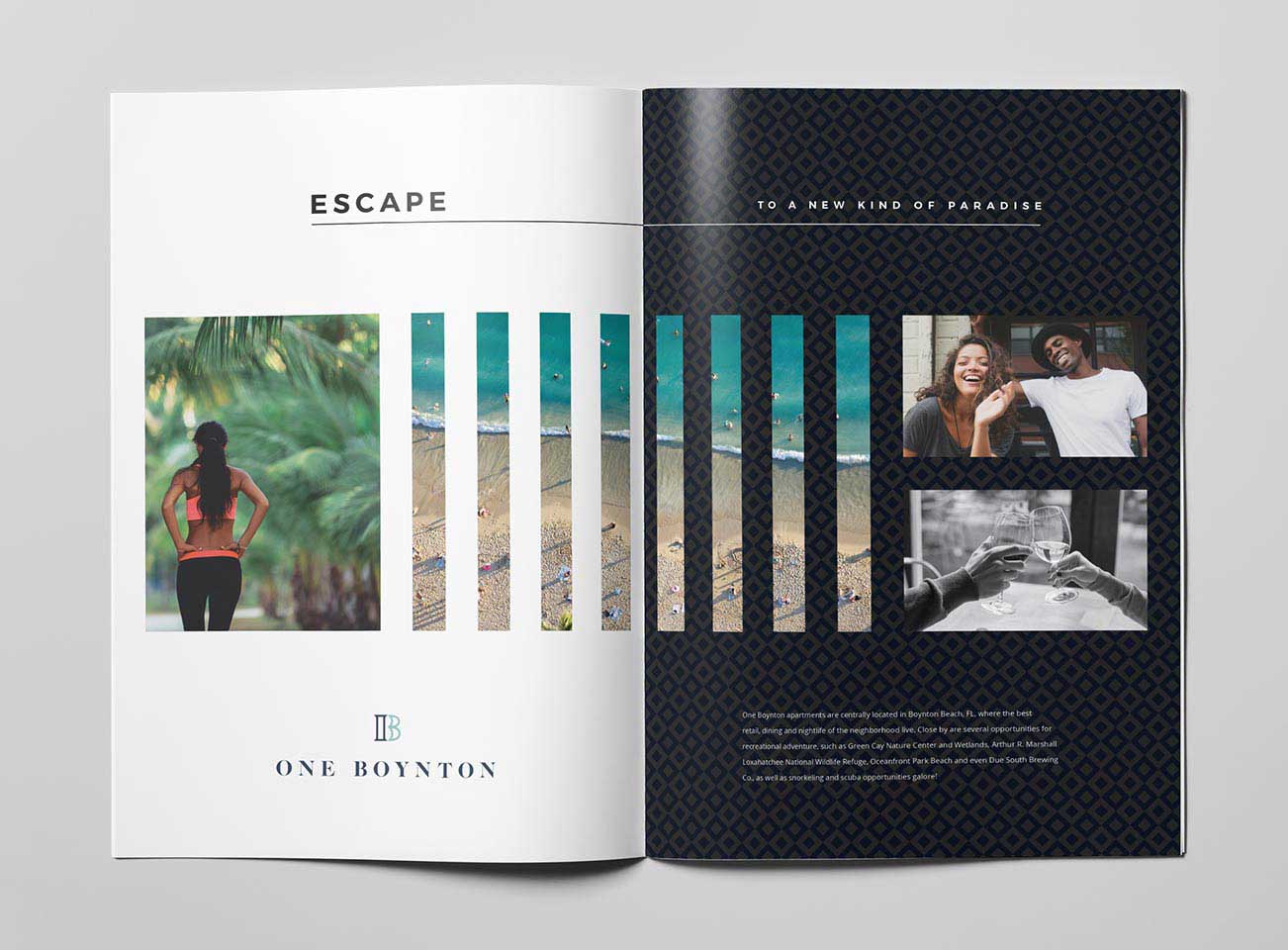 A 1960’s optical pattern brings the brand some texture, balancing the bold sharp lines that carry throughout the collateral. 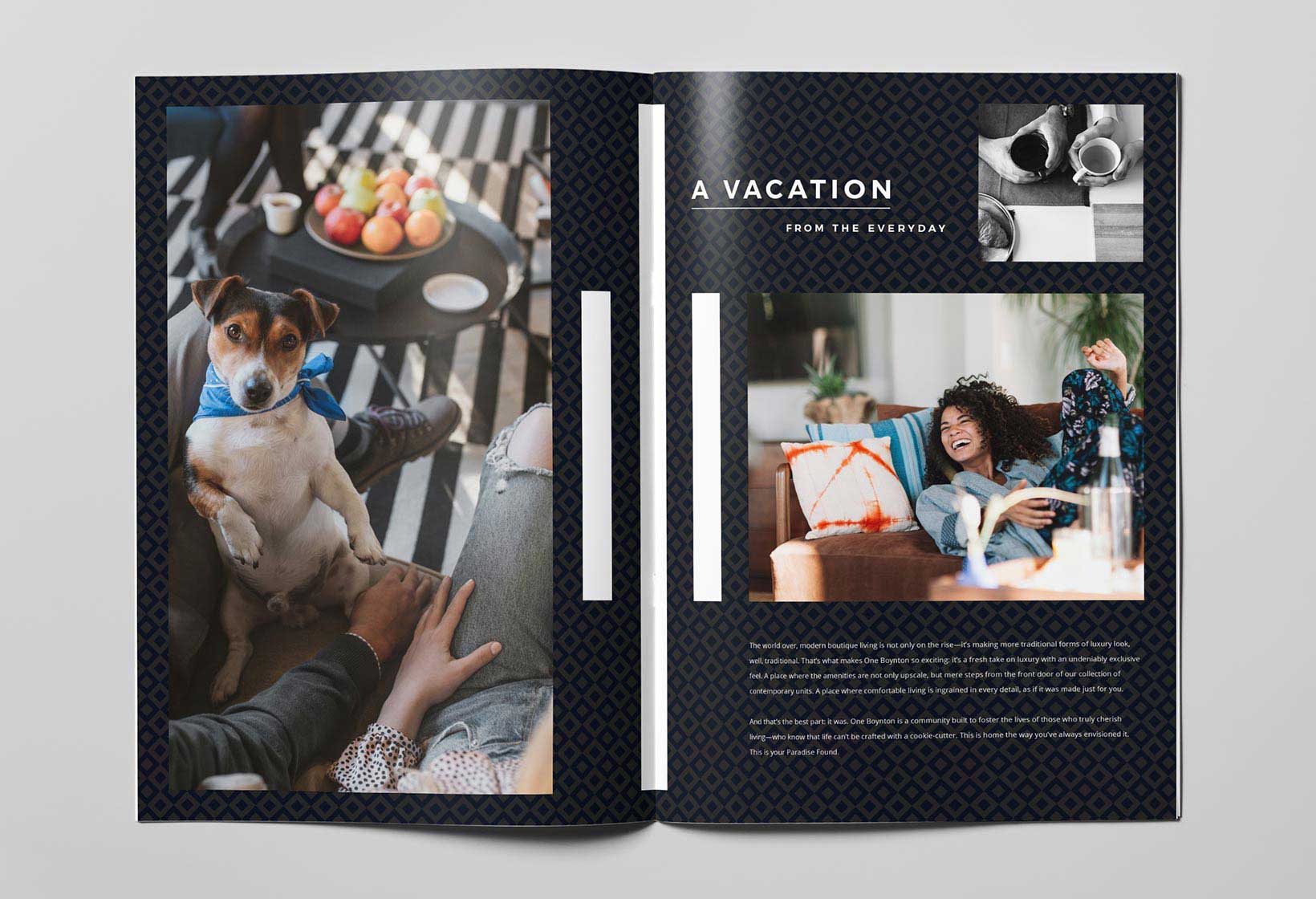 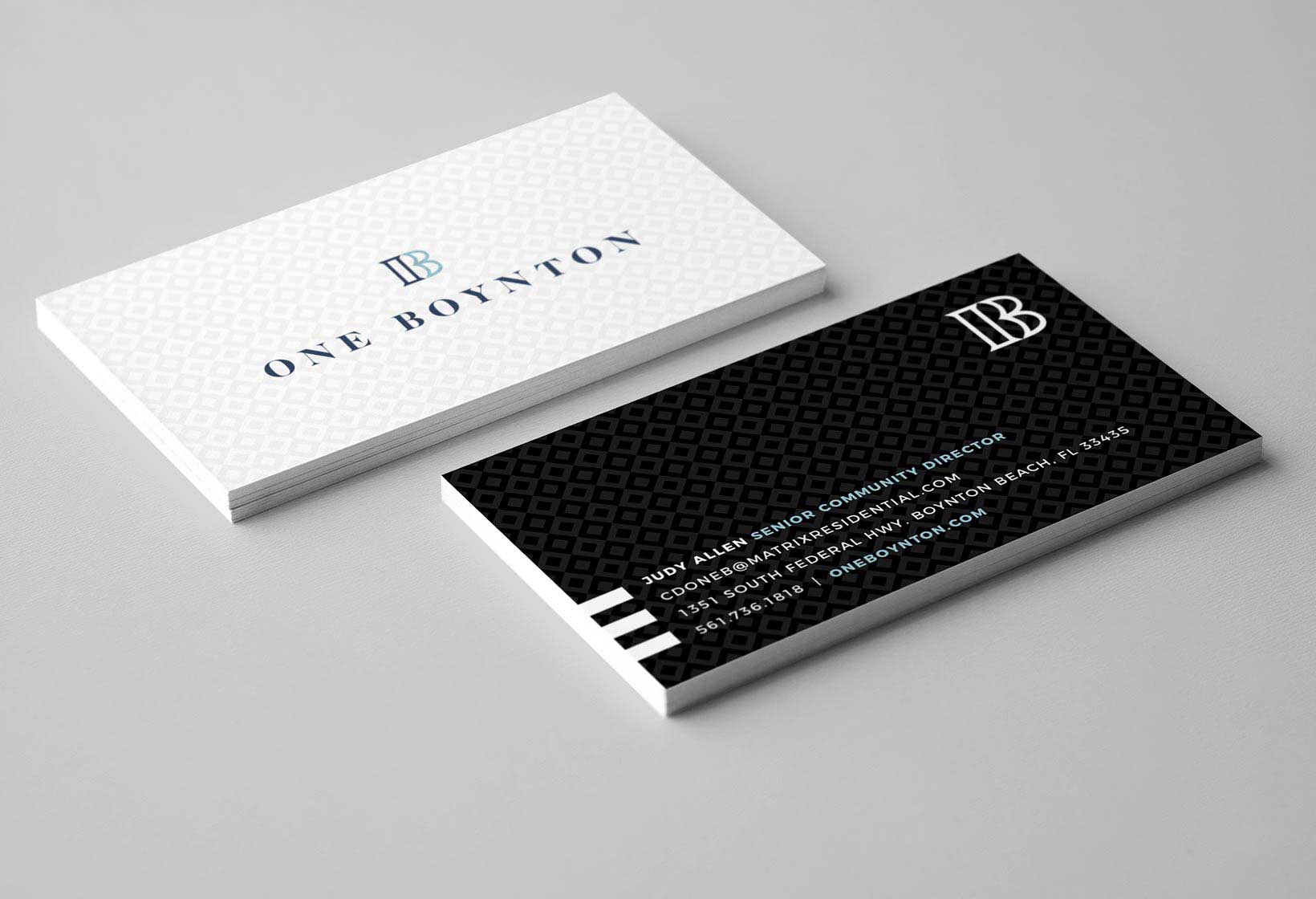 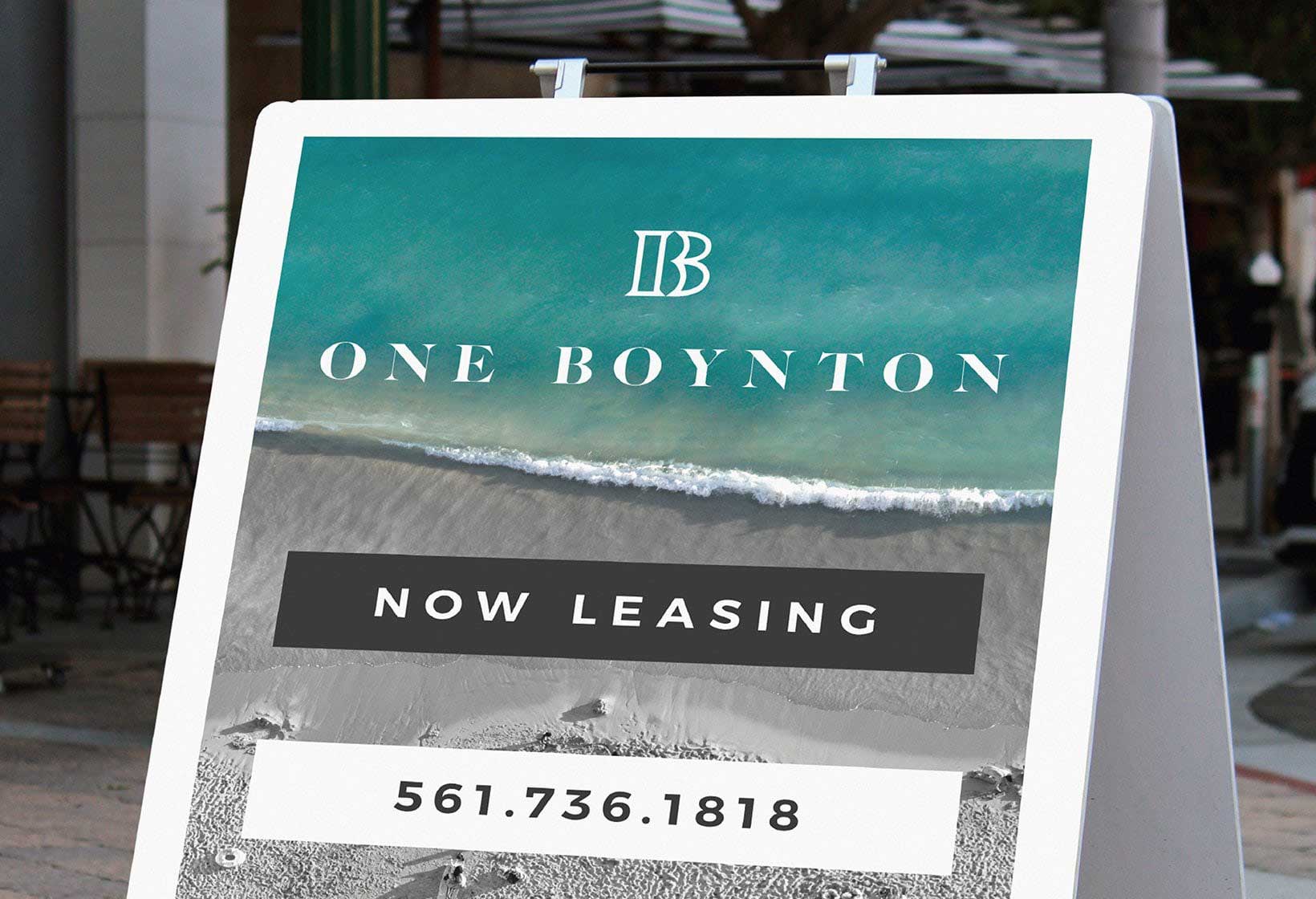 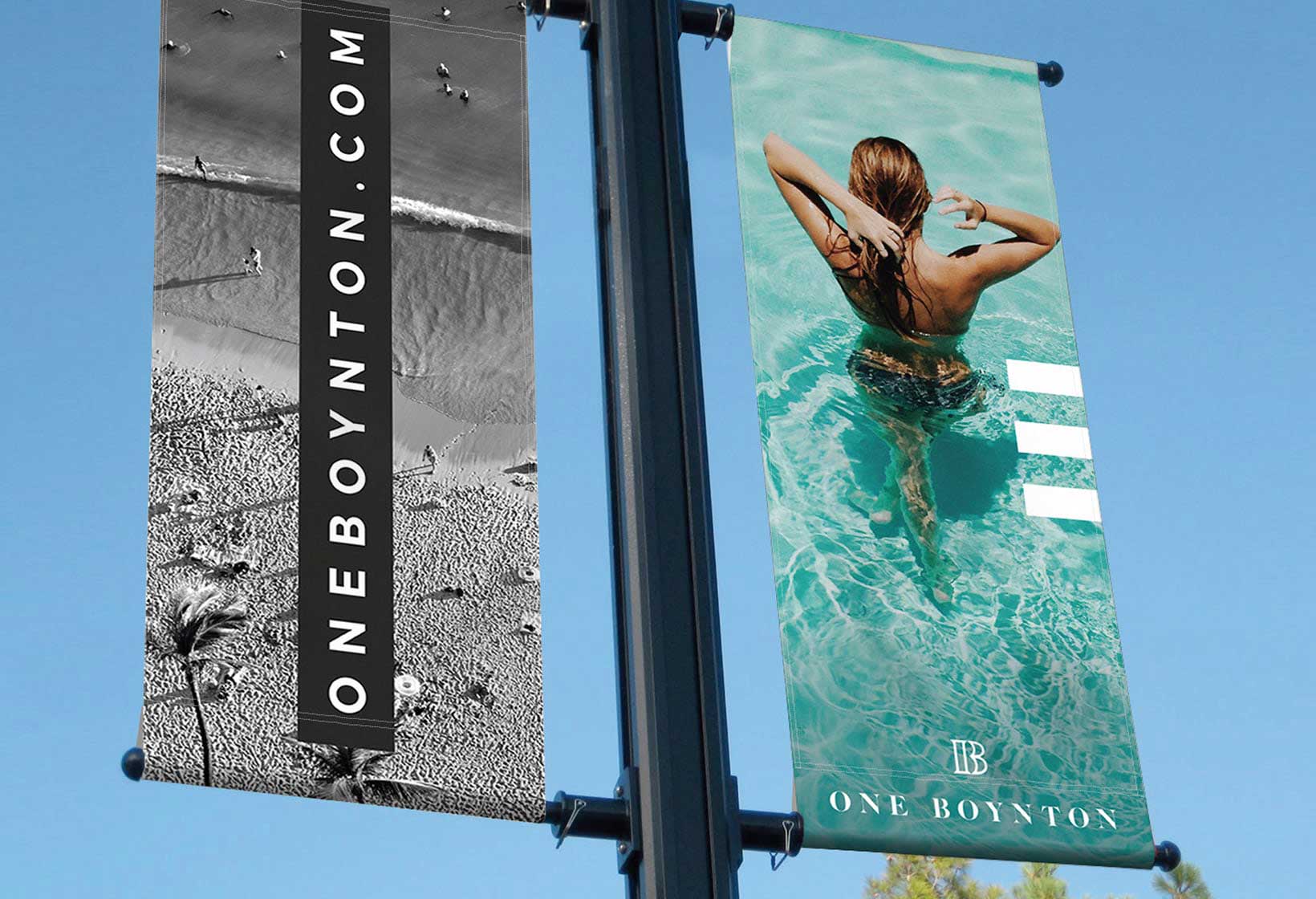 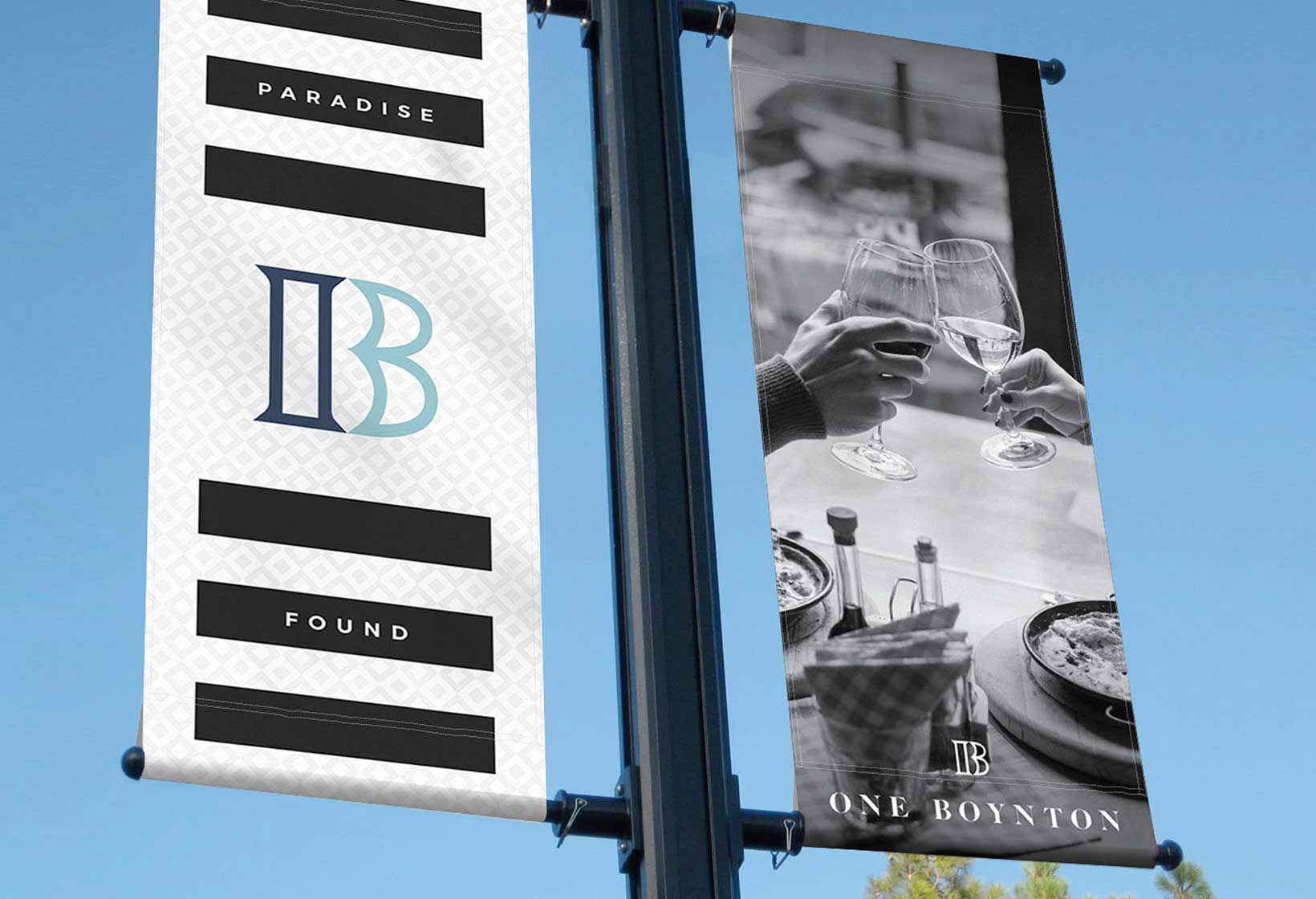 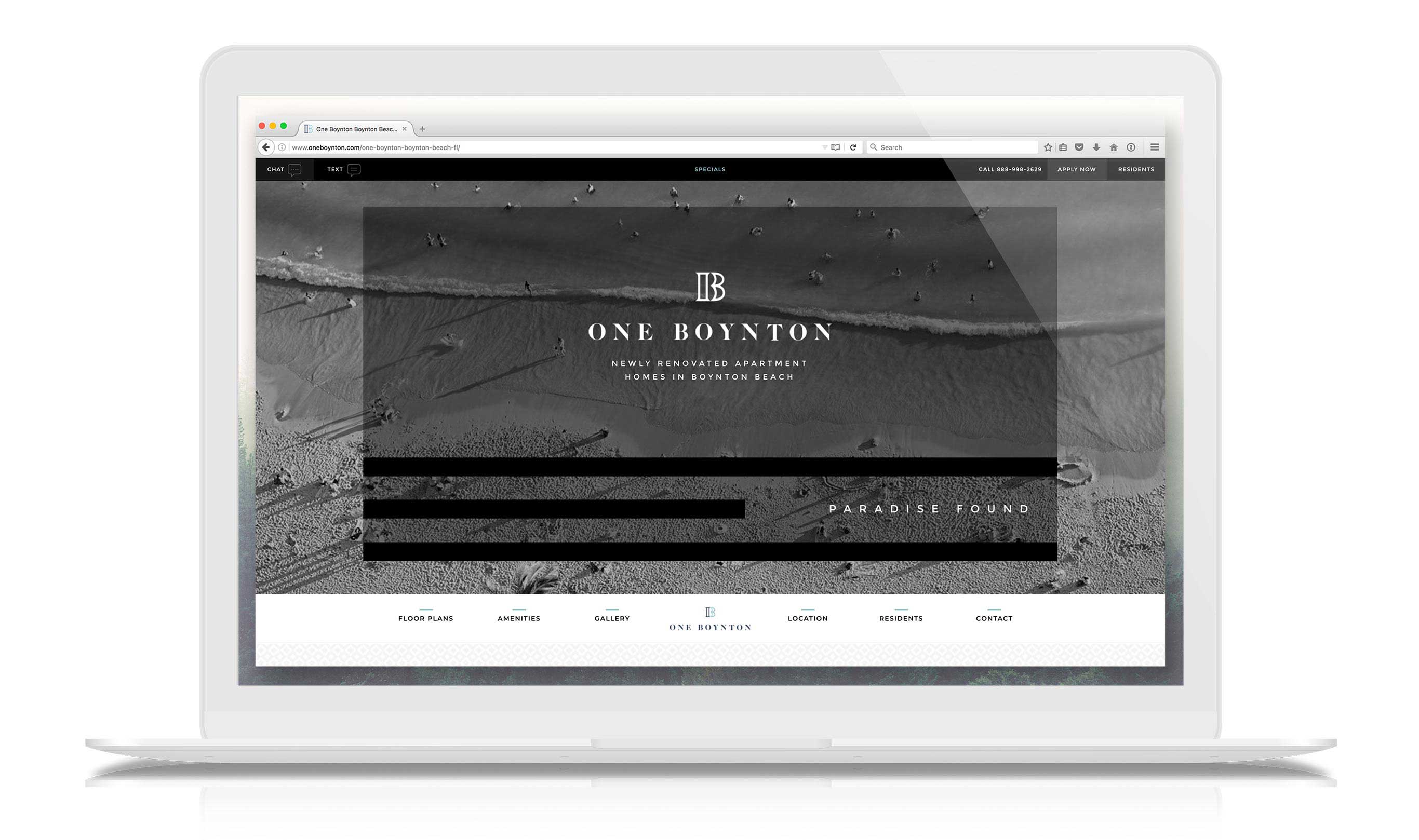 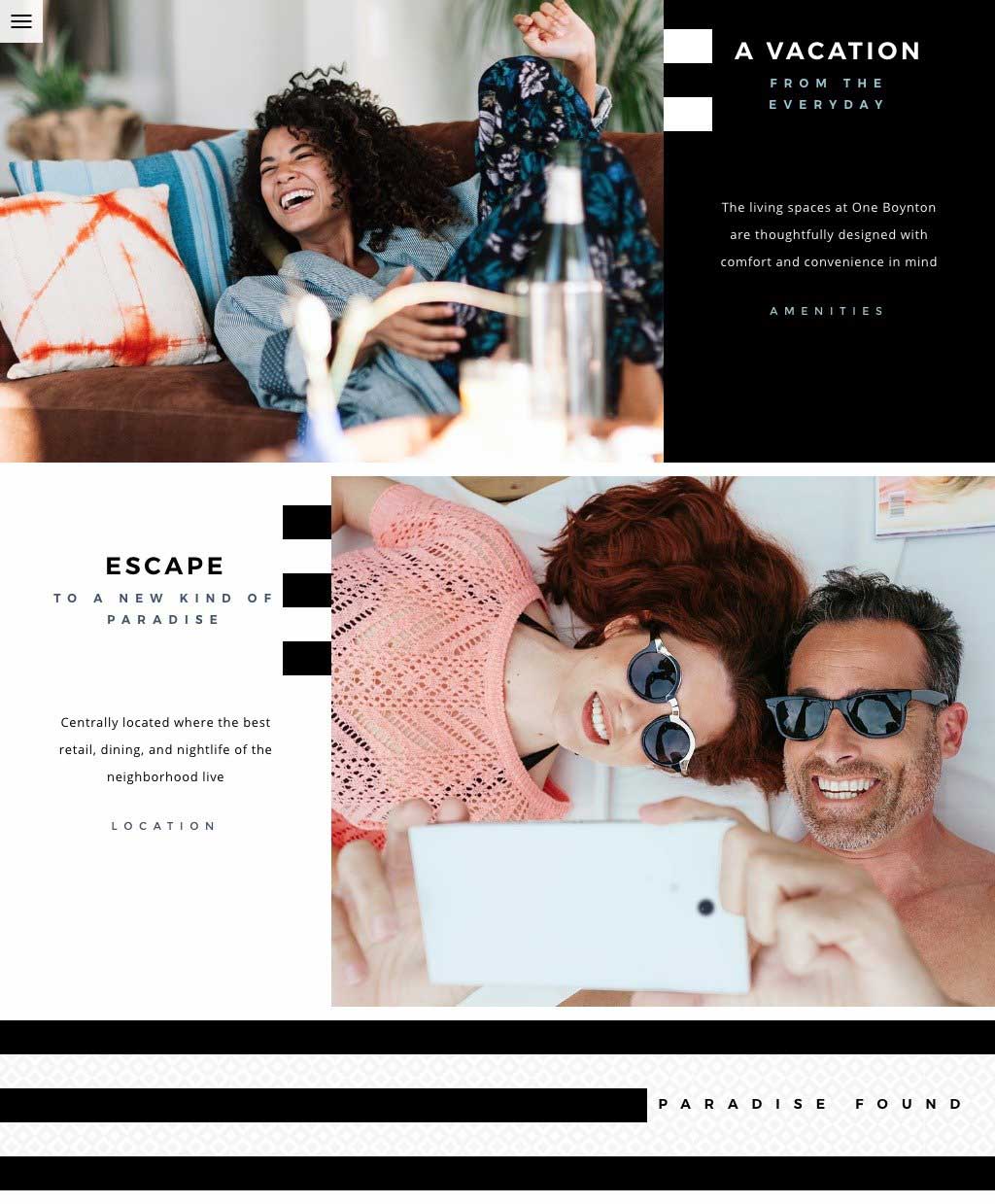 One Boynton’s website was designed with that same crisp black and white look-and-feel, and includes a subtle parallax effect across the entire website.

A LeaseLabs representative will be in touch soon.